If you’re after a moist, flavoursome, healthy and nutritious vegan nut roast, this recipe is for you. Best of all, it’s one recipe for nut roast and gravy, so there’s no need to make them separately. It’s a truly delicious meat-free & gluten free alternative for a traditional Sunday roast.

So, I was preparing vegan gravy for Christmas dinner a week before Christmas (I’m a big advocate for prepping as much as you can in advance!) and had all the delicious sauteed vegetables left over from the gravy which I really didn’t want to waste. Then I suddenly thought, it would make a great base for a vegan nut roast. And that’s how zero waste vegan nut roast and gravy recipe was born. I thought it was so handy not having to make gravy and nut roast separately.

The secret to making the most delicious vegan nut roast

The best thing about this veggie roast is how moist and flavoursome it is. And ‘the secret’ comes down to the way it’s been cooked. We use the same ‘base’ for the gravy & nut roast, which is sautéed vegetables cooked in olive oil and simmered in red wine and vegetable stock with a bunch of aromatic fresh herbs. Because the vegetables have been simmered in red wine and stock, they’ve absorbed all the delicious flavours and also slightly softened during cooking, which makes this vegan nut roast so moist and flavoursome.

Being a real lover of traditional Sunday roasts (they’re very popular here in Britain), I’ve tried a fair share of dry and crumbly vegan pub roasts, so this recipe is definitely a winner for me. In addition, a few of my family and friends have tried it when they popped over for a festive drink and they all said in unison it was the best vegan nut roast they tried…

Why you’ll love this recipe

One of the great things about this recipe is that it’s highly customizable. If you don’t like certain vegetables, you can swap them for the veggies of your choice.

Watch: how to make a vegan nut roast

First of all, we start by making the base, which will serve as the base for both – the gravy and nut roast.

In a large pan, sauté onions and garlic in olive oil until softened and translucent. Then add the rest of the vegetables and cook over medium heat until golden brown.

Stir in sage, thyme and rosemary.

Now add the red wine, vegetable stock and yeast extract. Stir, cover with a lid and simmer for around 20-25 minutes until the gravy has reduced and thickened a little.

In the meantime, whilst the gravy is cooking, roughly chop the nuts in a food processor (or you can do it by hand with a knife). After that, transfer chopped nuts into a big mixing bowl and set aside.

Transfer the vegetable mixture into a sieve placed over a bowl. Drain the liquid into the bowl. This will be the base for the vegan gravy.

Transfer the drained liquid back into the pan and cook over medium heat until it starts to bubble. Now whisk in the cornflour slurry (cornflour mixed with cold water) and cook the gravy for 5-7 minutes until it’s thickened enough. If you prefer your gravy thicker, add more cornflour (just make sure to mix in with water before adding to the pan to prevent the lumps). In contrast, for thinner gravy, add more water until you reach the desired consistency.

Add the drained vegetable mixture into a food processor and blitz for 2-3 minutes, until it resembles mash.

Transfer the mashed vegetables into a bowl with chopped nuts. Add dried cranberries, plant milk and fresh parsley and until well combined.

Finally, transfer the mixture into a loaf tin lined with parchment paper and pack very firmly and evenly with the back of the spoon. Cover with foil and roast in the oven for 40-45 minutes. Take the foil off halfway through cooking.  Let the nut roast rest in the tin for 10-15 minutes before slicing. I recommend using a serrated knife for better slicing.

This nut roast, as well as the gravy, freeze really well. I suggest slicing the nut loaf into individual slices, wrapping each slice in kitchen foil and placing into a freezer-friendly zip lock bag. It’ll keep in the freezer for up to a month.

To freeze the gravy, pour it into an ice cube tray before placing into the freezer. Take out however many gravy cubes you require, defrost completely and reheat in a pan by stirring over a medium heat for 3-4 minutes. Alternatively, reheat in the microwave at full power for 2-3 minutes. You might want to add a little hot water to the gravy if it’s too thick.

What to serve with nut roast

You can serve nut roast with your favourite seasonal vegetables. As I was making my nut roast for Christmas, I served it with Brussel sprouts and roast potatoes.

The one thing I’d really recommend serving with this nut roast is cranberry sauce, preferably homemade. It compliments the nut roast really well and adds a sweet & a little tarty flavour to the whole dish. To make your own cranberry sauce, combine cranberries (fresh or frozen) with coconut sugar, a touch of ground cinnamon, zest and juice of one orange in a small pan. Then simmer it for 8-10 until the cranberries have softened and sauce thickened. It smells and tastes absolutely divine!

Additionally, for nut roast garnish, it goes really well with fresh herbs like parsley. In addition, pomegranate seeds add a festive touch, as well as extra sweetness and crunch.

Can I make it gluten free?

Yes you can. The only ingredient that you’ll need to swap to make this vegan nut roast gluten free is yeast extract. Substitute it for miso paste (just make sure it’s a gluten free version), for instance Clearspring brown rice miso.

Whether you’re doing Veganuary this year or just trying to experiment with more meat free meals, these family friendly vegan recipes have been very popular amongst the readers:

Above all, I’m wising you and your families a healthy, prosperous and adventurous New Year. 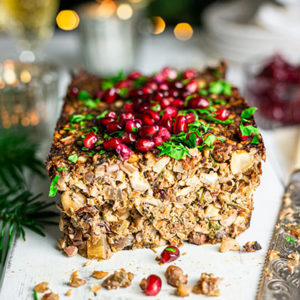 The best vegan nut roast & gravy in one recipe

Now that the strawberry season is in full swing, t

Thank you to @riadkniza for a beautiful night of o

The best veggie msemen in Marrakech & the views ar

In love with the beautiful blues of YSL Majorelle 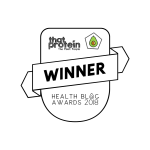 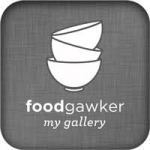 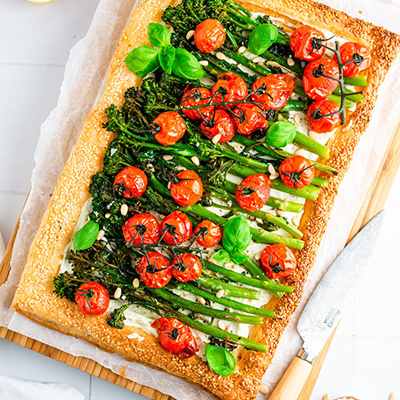 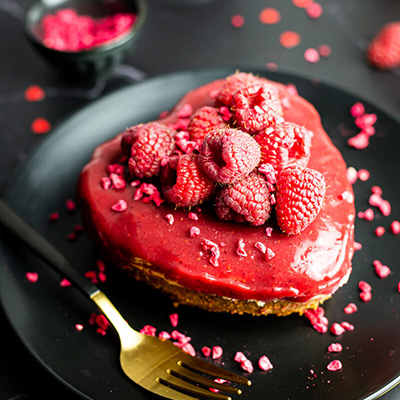 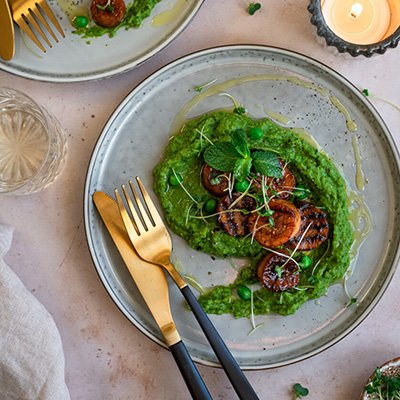